Our Vision at the Leacock Foundation is to address the inequality of opportunity for underserved and academically at-risk youth locally and globally who are living in challenging economic and social circumstances. Through a connected platform of of literacy and leadership programs, we seek to inspire young people to overcome barriers, unlock their potential and contribute to their communities.

The Leacock Foundation enables and supports youth to develop skills, competencies, and confidence through:

The Leacock Foundation was founded in 1992, by Peter Oliver, of Oliver and Bonacini Restaurants, a native South African living in Toronto.

With the success of his business ventures, Peter felt a desire to give back to his local community, and together with a group of friends, the Leacock Club was formed and began raising money for children’s charities based in Toronto. 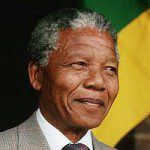 After meeting Nelson Mandela in Toronto, Peter was challenged to take notice of the need in the Eastern Cape of South Africa, the country’s poorest province. Recognizing education as a route out of poverty, and determined to help, Peter was introduced to a promising school in the Eastern Cape, the Get Ahead Project (GAP) School. GAP schools offer hope as low-fee independent schools that meets the needs of children from townships surrounding Queenstown and Whittlesea in the Eastern Cape of South Africa.  With the support of the Leacock Foundation the school has grown from one building and 300 students, to three school campuses hosting 1100 students. Over the past decade, the Leacock Foundation has invested in capital projects, providing buildings, classrooms, teach infrastructure and facilities to all three schools.

In Toronto, the Leacock Foundation has empowered underserved youth in Grades 1-9 in Toronto by providing enriched, fully subsidized literacy and leadership development opportunities after school and during the summer.

Working in partnership with the Toronto District School Board and local independent schools, literacy and leadership programs are offered in several of Toronto’s high-needs communities including St. James Town, Jane-Finch,  and Woburn, Scarborough. Nearly 1,100  youth benefit from the Leacock Foundation’s programs each year.